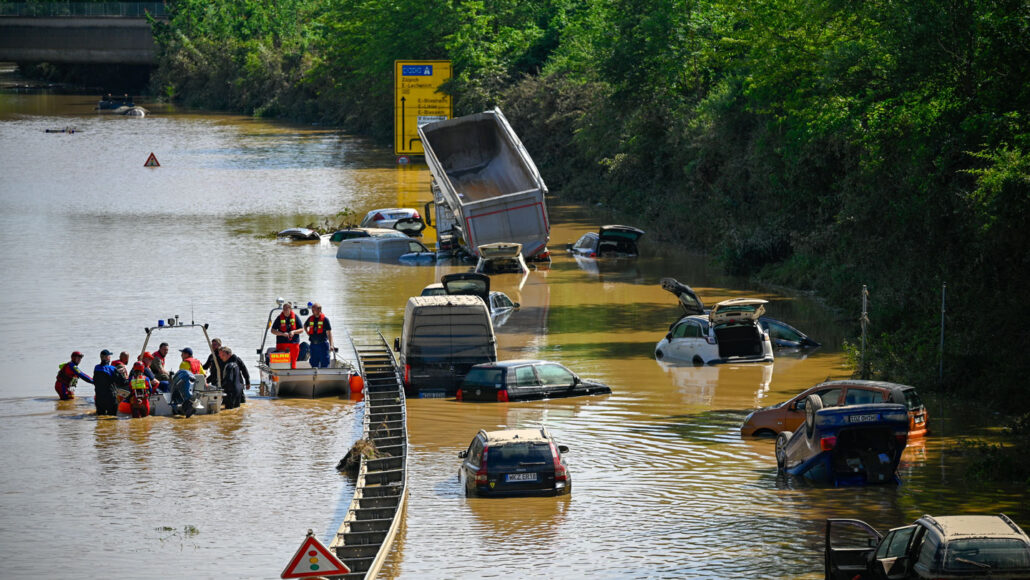 Climate change has increased the likelihood of heavy downpours in Western Europe such as the July rains that led to devastating flash floods, researchers affiliated with the World Weather Attribution network report August 23. Such extreme rains are 1.2 to 9 times more likely to happen — and those downpours are 3 to 19 percent heavier — as a result of human-caused climate change, the team found.

In a single day, an average 93 millimeters of rain fell near Germany’s Ahr and Erft rivers; in just two days, 106 millimeters of rain fell in Belgium’s Meuse River region. With many river measurement stations destroyed, the researchers focused on assessing the contribution of climate change to the intense rainfall using climate simulations comparing conditions with and without human-caused climate change.

That intense rainfall might occur once every 400 years under current climate conditions, but those odds are likely to increase as the world continues to warm, said coauthor Maarten van Aalst on August 23 at a news conference on the report. It’s “still a rare event, but a rare event we should prepare for,” said van Aalst, a climate and disaster risk researcher at the University of Twente in the Netherlands and the director of the Red Cross Red Crescent Climate Centre.

That finding is consistent with data cited in the Intergovernmental Panel on Climate Change’s sixth assessment report, which notes that as global temperatures continue to rise, western and central Europe will see more intense rainfall events (SN: 8/9/21).